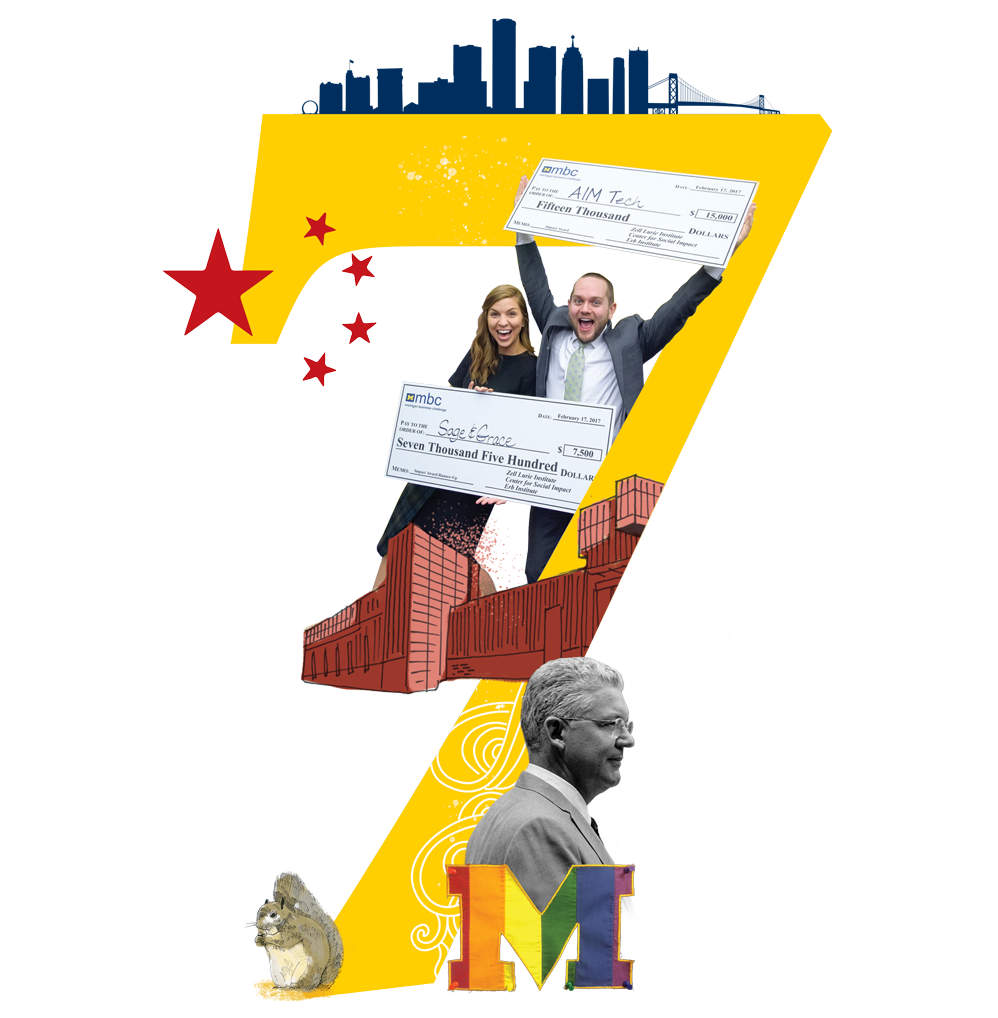 It had already been a long day of campaigning when John F. Kennedy arrived in Ann Arbor on October 14, 1960. At two in the morning, he was greeted by 10,000 students on the steps of the Michigan Union. Shaking off his weariness for a few historic moments, Kennedy launched into an impassioned speech. He charged the crowd to go out and serve the public good by living and working in developing countries, describing a government initiative that could reach the most vulnerable parts of the world. And like that, the Peace Corps was born.

It’s fitting that the Peace Corps was conceived in Ann Arbor. The University of Michigan was founded on the same commitment to serve society and advance the public good. Its unique position as a premier public research institution allows it to innovate, inspire, lead, and be a difference-making engine in society. “This university,” Kennedy said, “is not maintained by its alumni, or by the state, merely to help its graduates have an economic advantage in the life struggle. There is certainly a greater purpose, and I’m sure you recognize it.” The Victors for Michigan campaign embodied and emboldened that greater purpose.

U-M students pioneer difference. They kickstarted hundreds of companies and projects with university support. Through new and expanded leadership programs, future CEOs, politicians, coaches, and community advocates learned to be bold leaders. U-M also doubled-down on understanding and alleviating poverty, launching a campus-wide Poverty Solutions initiative. Social work students commuted thousands of miles across highway I-94 to work in communities in Detroit. As President Kennedy knew when choosing U-M to share his vision for the Peace Corps, Michigan students are among the most capable orchestrators of change in the world.

This chapter offers a glimpse at some of the entrepreneurial and community-driven initiatives, projects, and programs across the university that you defined throughout this historic campaign.

Read more about the Victors for
Entrepreneurship, Service, & Society

Pushing Back on Poverty