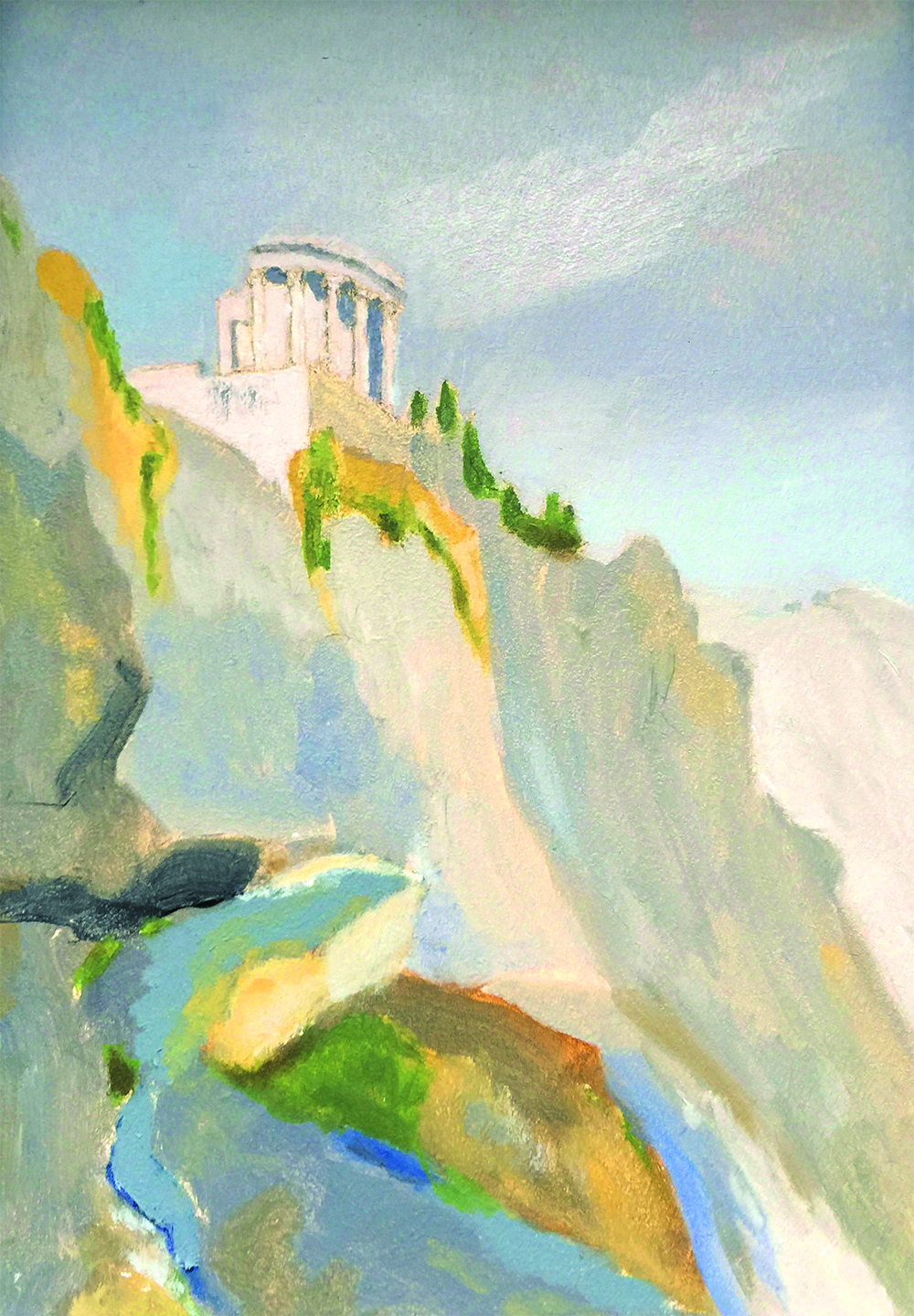 For Journeys and Dreams

John Varriano, Jr. (AB ’65, AM ’66, PhD ’70) arrived in Ann Arbor in the early 1960s, a doctor’s son with dreams of becoming a writer. At U-M, he majored in English, made friends with faculty in the Department of Art History, and dabbled in architecture for good measure—a true Renaissance man.

He found his lifelong passion—the art and architecture of the Renaissance and Baroque periods—thanks to the spell-binding lectures of the gregarious Nathan T. Whitman, a celebrated professor of the arts. Whitman’s lectures were John’s first steps on the road to a life-changing education at U-M and around the world.

The journey began in Ann Arbor, but it really got going in Rome. As a Ph.D. student at U-M, John’s dissertation took him to the iconic Bibliotheca Hertziana, an experience made possible by a Kress Foundation grant. From there, he traveled to Vienna, Paris, and across Italy to experience the places and works of art that would prove seminal to his life’s work. He slept on trains, dined in bustling city streets, and took in all that the world had to offer.

With a smile, Wendy recounts that a representative from the Kress Foundation once observed, “Mr. Varriano seems to be doing a lot of traveling. We hope it won’t impede his dissertation.” But despite an obvious affinity for wandering, John was far from lost. He simply embodied that Renaissance ideal of graceful nonchalance—sprezzatura—described in Baldassare Castiglione’s The Book of the Courtier.

True to form, John finished his dissertation in record time. He returned to the United States to accept a position at Mount Holyoke College as a professor of art and art history (a department he chaired for four terms). And while searching for a curator for the Mount Holyoke College Art Museum, he met Wendy. She shared his affinity for art, for Rome, and for the international world—a natural pair. Together, they toured museums, galleries, and archaeological sites across the globe.

At Mount Holyoke, John became a celebrated expert on the art and architecture of Italy in the Renaissance and Baroque periods, the intersection of art and gastronomy, and the art and literature of travel. In 1994, he was named the Idella Plimpton Kendall Professor of Art History at Mount Holyoke. “He didn’t find out who she was until after he had been appointed,” Wendy recalls. “He said he needed to research exactly who this Idella person was. He came home the next day and he said, ‘It’s perfect! It’s perfect!’”

In his four decades of service to the college, John was known for encouraging his students to seize every opportunity to travel. “He always took time to sit down with them, and he always urged them to travel and get more experience. Whenever somebody would ask, ‘What’s the best thing I can do?’—he would say, ‘Travel. Especially Italy.’” Like his mentor Whitman before him, John was celebrated by his students for his lectures on the Renaissance and Baroque periods. They also praised him for his stellar recommendations when it came to the best restaurants, vineyards, and wineries across Italy, Wendy recalls with a laugh.

In 2011, John was diagnosed with an acute blood disease. He fought a five-year-long battle—one that he undertook with characteristic vigor and panache. In the closing chapters of a storied life, he refused to be deterred from travelling. Following one last trip abroad with Wendy, John passed away in early 2016.

In the future, his legacy will carry on in more ways than one. At U-M, a planned gift will support the same kind of vibrant experiences that shaped his life, work, and education. In the Department of Art History at U-M’s College of Literature, Science, and the Arts, the John L. Varriano, Jr. Fund will provide for travel and research abroad, with special preference for graduate students interested in Italy.

Wendy credits her husband’s formative years abroad as the inspiration for the gift. “It was all about travel for students. He just felt it was one of the most critical elements for him in his own life, not just being successful as an art historian, but in meeting people and making friends—in understanding the international world, in teaching, in knowledge. In every way.”

“John would always say, ‘Don’t waste time. Don’t waste time,’” she says. “He really wanted to make sure that people would just go. He wanted to not only make it possible for them, but also irresistible.”

Wendy writes that her husband’s philosophy of life is best summed up by these lines from the revered Greek writer Nikos Kazantzakis’ Report to Greco: “We must leave the earth, not like scourged, tearful slaves, but like kings who rise from the table with no further wants, after having eaten and drunk to the full.” Indeed, John lived as a man of the world, and one who didn’t waste a moment in it.

In his autobiography, Kazantzakis later wrote that his life’s greatest benefactors had been journeys and dreams. Thanks to John and Wendy, U-M students abroad will be pursuing both for years to come. 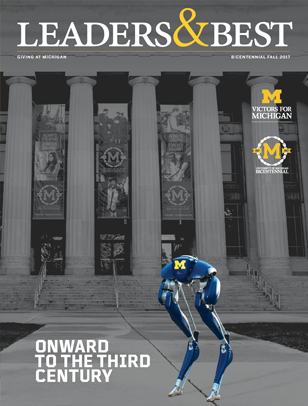