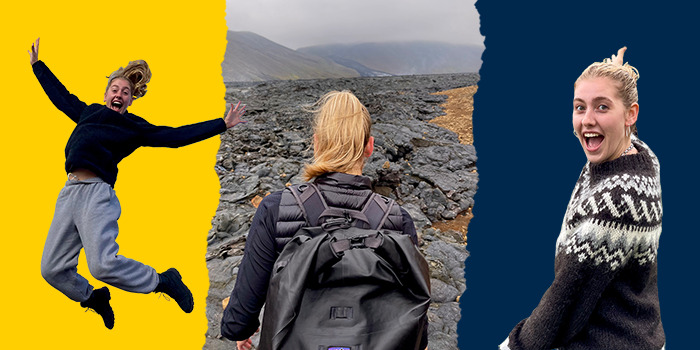 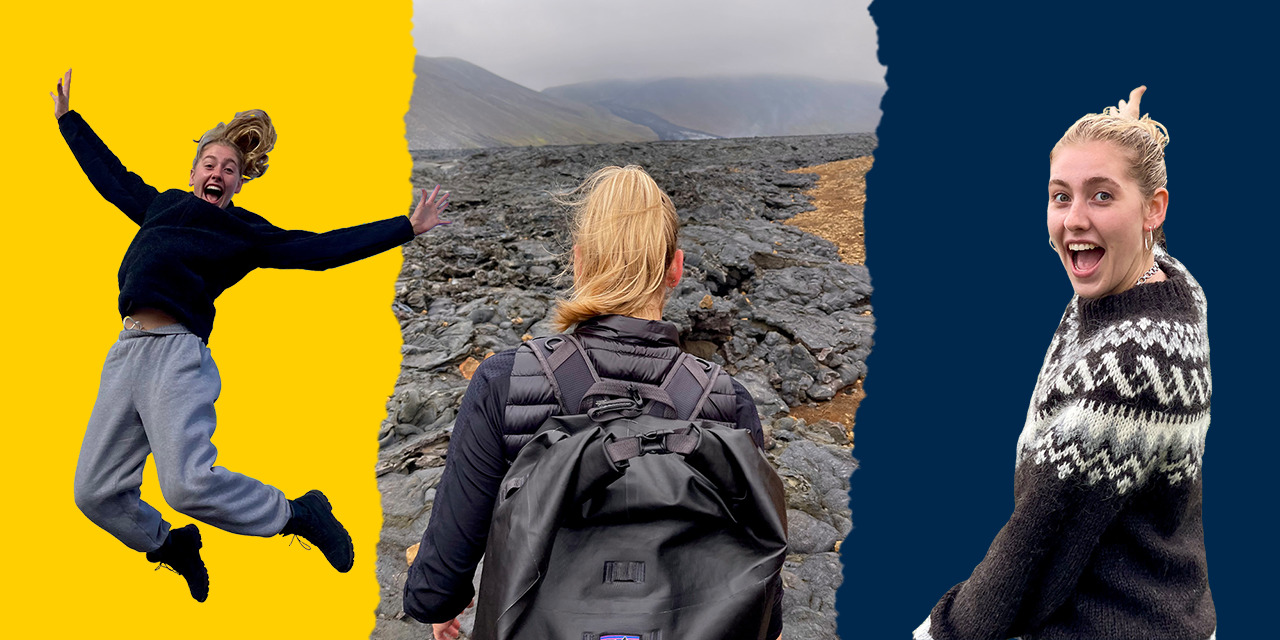 Ever since she was in high school, Brighton, Michigan, native Julia Gray (LSA Class of 2022) dreamed of one day traveling to Iceland and expanding her understanding of an unfamiliar culture. Just a few short years later as a University of Michigan student, that dream would come true thanks to generous donor support.

But after finally arriving at U-M as a film, television, and media major (FTVM), what she anticipated to be a typical college experience was upended by the spread of COVID-19. Despite being widely involved on campus as a resident assistant and as a filmmaker and vice president of the film-making club, M-Agination, it was the height of the pandemic, and Julia was feeling increasingly isolated.

Eager for new learning opportunities and seeking different perspectives, she decided it was finally time to visit Iceland during the fall semester of her senior year.

“I had been researching this program since I first started at Michigan, and I was so excited to go, but the pandemic presented plenty of challenges,” she said.

Julia knew that without financial assistance, studying in Iceland would be out of reach.

That’s when she applied for the Mary Sue Coleman and Kenneth M. Coleman Student Global Experience Scholarship. Established in 2013 by U-M President Mary Sue Coleman and her husband, Kenneth M. Coleman, the scholarship ensures that more students travel abroad to experience other cultures firsthand, seek solutions to world problems, and learn to thrive in a dynamic global environment.

“My family had fallen on hard times during COVID with my mom being a small business owner, and I was worried I wasn’t going to be able to pay for the trip,” Julia said. “This scholarship made my entire experience possible.”

As part of the study abroad program, Julia conducted research on globalization and food insecurity within Iceland due to the country relying on imports for a lot of their food. Her studies focused on the effects of climate change and how it impacts Iceland’s ability to grow more of its own food, earning her a credit toward her environmental science minor.

“I became interested in the ways Iceland is affected by climate change and how a warmer climate could make their farmland more habitable for food cultivation,” she said.

By conducting research and delving into Icelandic culture, Julia was able to participate in experiential learning opportunities she otherwise would not have had access to without donor support.

“Going to Iceland was one of the most amazing experiences of my life—I will never forget the people or my time there,” she said. “The only way I was able to go is because I got this scholarship. I remember opening up the email saying I received it and feeling such a relief. I’m so incredibly grateful.”

When she’s not busy traveling the world, Julia stays engrossed in the world of filmmaking. As vice president for M-Agination, she helps write, produce, and direct eight films per semester. She has her sights set on one day becoming a documentarian or a writer for an animated television series.

But aside from her career goals, she also has aspirations to someday pay forward the generous support she received.

“I can’t wait until I’m able to put money into a scholarship or somehow return this favor that I’ve been given by other people,” Julia said. “I just feel so honored that people who don’t know me aided in my adventure abroad.”

As the holidays draw near and the season of gratitude and gift giving begins, many of us take time to reflect back on what has made the past year so special. We’d like to share with you some sentiments from our amazing donors about what has inspired them to give to Michigan.
Published 11.15.2022
Read the Story