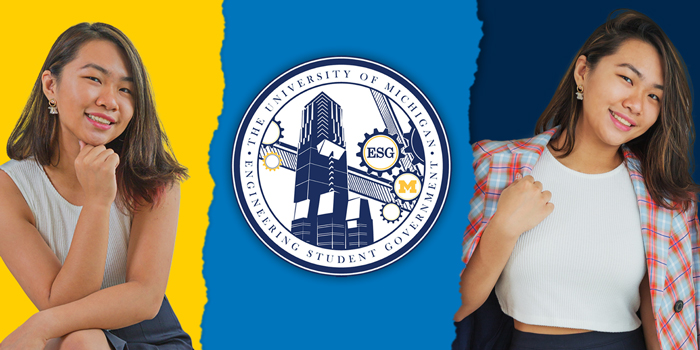 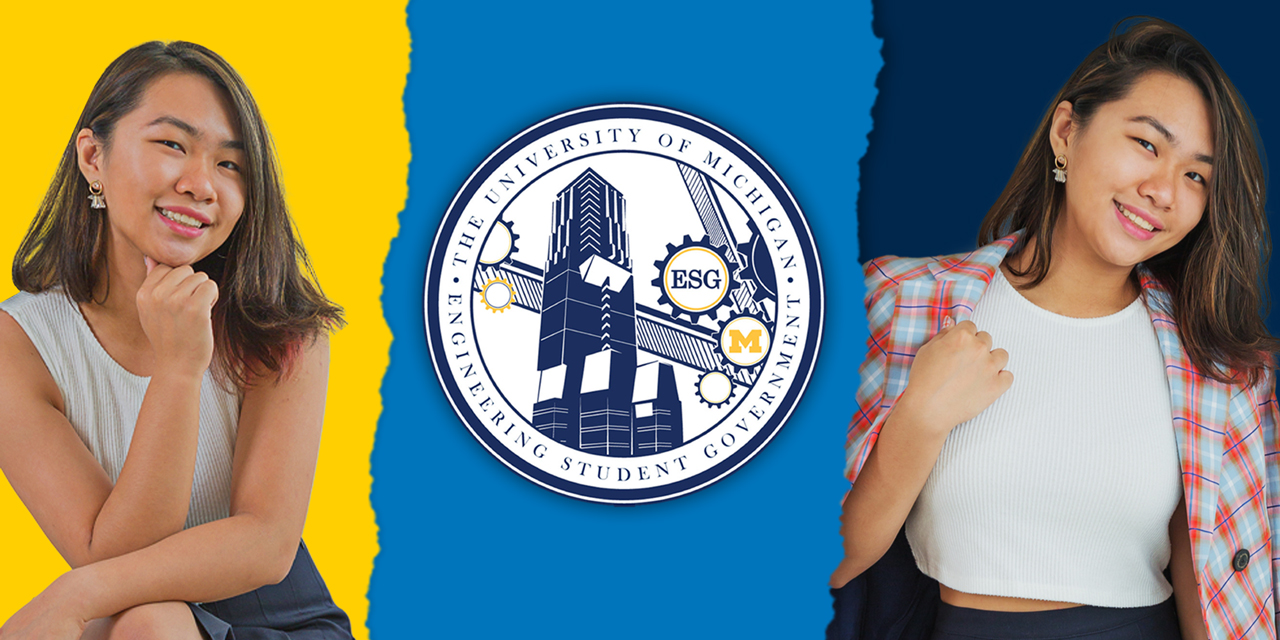 ‘We’re all in this together’

As a high school student in Hong Kong, Audrey Yung (Engineering Class of 2024) wasn’t all that familiar with the University of Michigan when she first started researching colleges abroad. Encouraged by her parents—both University of Wisconsin alumni—to look into it, she was soon impressed by its achievements in engineering and funding for research, two areas she knew she wanted to pursue. And Ann Arbor has offerings she didn’t find much of at home: snow (a feature she revisits with mixed feelings today) and small-town charm.

“I wanted to experience life in a college town, because I’ve grown up in a city, and it’s super hectic,” she said. “I just wanted a different environment to learn and grow in.”

From sledding at Palmer Field and snowball fights on the Diag to cheering on the football team at Michigan Stadium, Audrey is making the most of that new environment, all while getting a world-class education, with the help of scholarship support from the Hong Kong Alumni Scholarship and the Lui Fund—both awarded to undergraduates who attended secondary school in Hong Kong.

“It’s really nice getting support from a fund that helps people like me, coming from a very far away place like Hong Kong, to come here and study at Michigan,” she said. “It makes me feel like there are people watching out for me.”

Although she’s nearly 8,000 miles from home, Audrey stays connected through the Hong Kong Student Association, but she also enjoys meeting new people from different countries and regions of the United States.

“I’ve made friends from all different cultural backgrounds and socioeconomic backgrounds, and it’s really fun bringing everyone together and being aware of other people’s perspectives,” she said.

A materials science and engineering major, Audrey is interested in the research and development behind finding new applications for existing materials. Last semester, she was selected to the Engineering Honors Society, and she serves in student government for the College of Engineering. This summer, she’ll get her first hands-on experience in a materials research lab in Köln, Germany, a trip made possible thanks to her scholarship support.

“It’s not completely covered by a stipend, so I definitely would not be going if I didn’t already have that scholarship money helping me out,” she said.

Before landing on materials, Audrey’s initial interest in aerospace engineering led her to join U-M’s competitive rocketry club, MASA, where she participated in testing for pressurization systems and black box projects, in which members have to track down a flight recorder system and use its data to determine what—if anything—went wrong with an aircraft. The team is now getting ready to launch a rocket in September that would be the first-ever student-built liquid-bipropellant rocket to space. Audrey’s schedule didn’t leave her much time for involvement this semester, but she’s looking forward to doing more with the club soon.

“It’s pretty exciting because I was part of the phase where a lot of people started joining and it really started growing as a team,” she said.

Audrey’s other pursuits on campus have been more trivial, but no less competitive. A lifelong trivia fan, she hosts a monthly “Jeopardy!” style quiz contest for Engineering students.

“It’s kind of just a nice thing to reach out to other people in the engineering community that share my interests and have fun and also compete if you want to be really serious about it,” she said.

While adapting to life at Michigan has been pretty seamless for Audrey, she’s grateful for the support she has received and how it has helped her make the most of her time on campus.

“Tuition is very expensive, so I’m very appreciative,” she said. “It’s like we’re all in this together, even if we’re thousands of miles away from Hong Kong, so I appreciate my donors very much.”