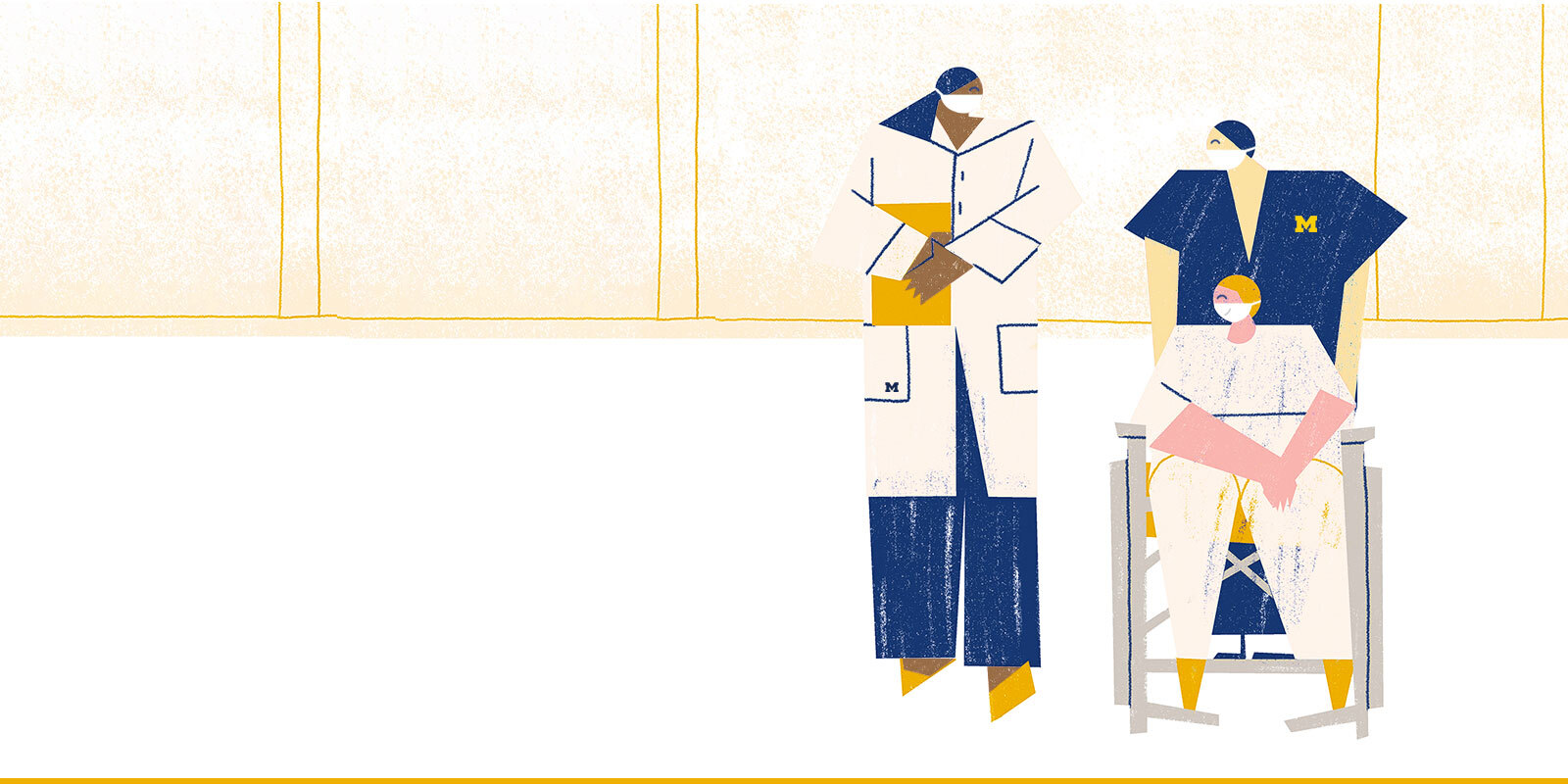 PPE, what was medical jargon a few months ago, has become—along with Coronavirus Disease 19 (COVID-19)—one of the world’s most recognized abbreviations. As medical facilities scramble to meet the growing demand for personal protective equipment (PPE), the University of Michigan is finding both courage and PPE support from its alumni and friends in China.

In early March, as COVID-19 was ramping up in Michigan, U-M received a timely email from Martin Lau (BSE ’94). It was about potential PPE donations.

Headquartered in Shenzhen, China, Tencent has become one of the world’s leading technology companies. It operates across many industries, including social networking (WeChat and QQ), gaming (PUBG Mobile) and game development, cloud services (Tencent Cloud), and music and video streaming (Tencent Music Entertainment and Tencent Video).

Witnessing the spread of the virus in Wuhan and then around the globe, Tencent also saw an opportunity to take action. In response to the crisis, the tech giant created a $100 million fund to supply protective equipment to overseas organizations battling the virus. And with his alma mater top of mind, Lau directed the fund to send 150,000 surgical masks to Michigan Medicine.

“The University of Michigan means so much to my family and me, as well as many people at Tencent who have had experiences there,” said Lau. “We’re so pleased to have the opportunity to provide critical support to health-care workers in Michigan and add yet another chapter to our longstanding friendship.”

Lau’s connection with U-M has also led to deep ties with the city of Detroit and its mayor, Mike Duggan (AB ’80, JD ’83). In addition to Michigan Medicine, Tencent also sent 350,000 surgical masks and 50,000 KN95 masks to help meet critical PPE needs in Detroit, which remains the virus’s epicenter in Michigan.

As Tencent’s protective equipment made its way to Southeast Michigan, it joined hundreds of other shipments from U-M alumni and friends, and even parents of Michigan students, who were also sending their support from across the United States, China, and beyond.

If there is a silver lining to COVID-19, it may be in how the epidemic has brought the Michigan family together.

U-M has a rich tradition as a collaborative and outward-looking university. And China, among Michigan’s many collaborators, has been one of its longest and most dynamic global relationships.

The university’s friendship with China first found traction under the tenure of its third president, James B. Angell. In 1880, Angell took a respite from his presidential duties to serve as the United States Minister to China. Upon his return, Angell leveraged his connections with the East Asian country to help establish a scholarship fund that opened the door for Chinese students to bring their studies to Ann Arbor. Before long, Michigan and China were enjoying a wealth of collaboration and cultural exchange that has continued into the twenty-first century under the leadership of former U-M President Mary Sue Coleman and President Mark Schlissel.

The last few decades have brought myriad new collaborations between U-M and its friends in East Asia, especially with Chinese universities. This year marks the 10th anniversary of the Joint Institute (JI), a research partnership between Michigan Medicine and Beijing’s Peking University Health Science Center. Institutional partners like JI continue to anchor U-M in its ongoing battle against COVID-19, providing a wealth of supplies as well as strategy and wisdom gathered from their own experiences facing down the virus.

Support from alumni and friends has always been what has made Michigan, Michigan. Amidst the chaos of COVID-19, these enduring friendships in China and around the globe continue to sustain U-M in its third century. And for that, the Michigan family couldn’t be more thankful.