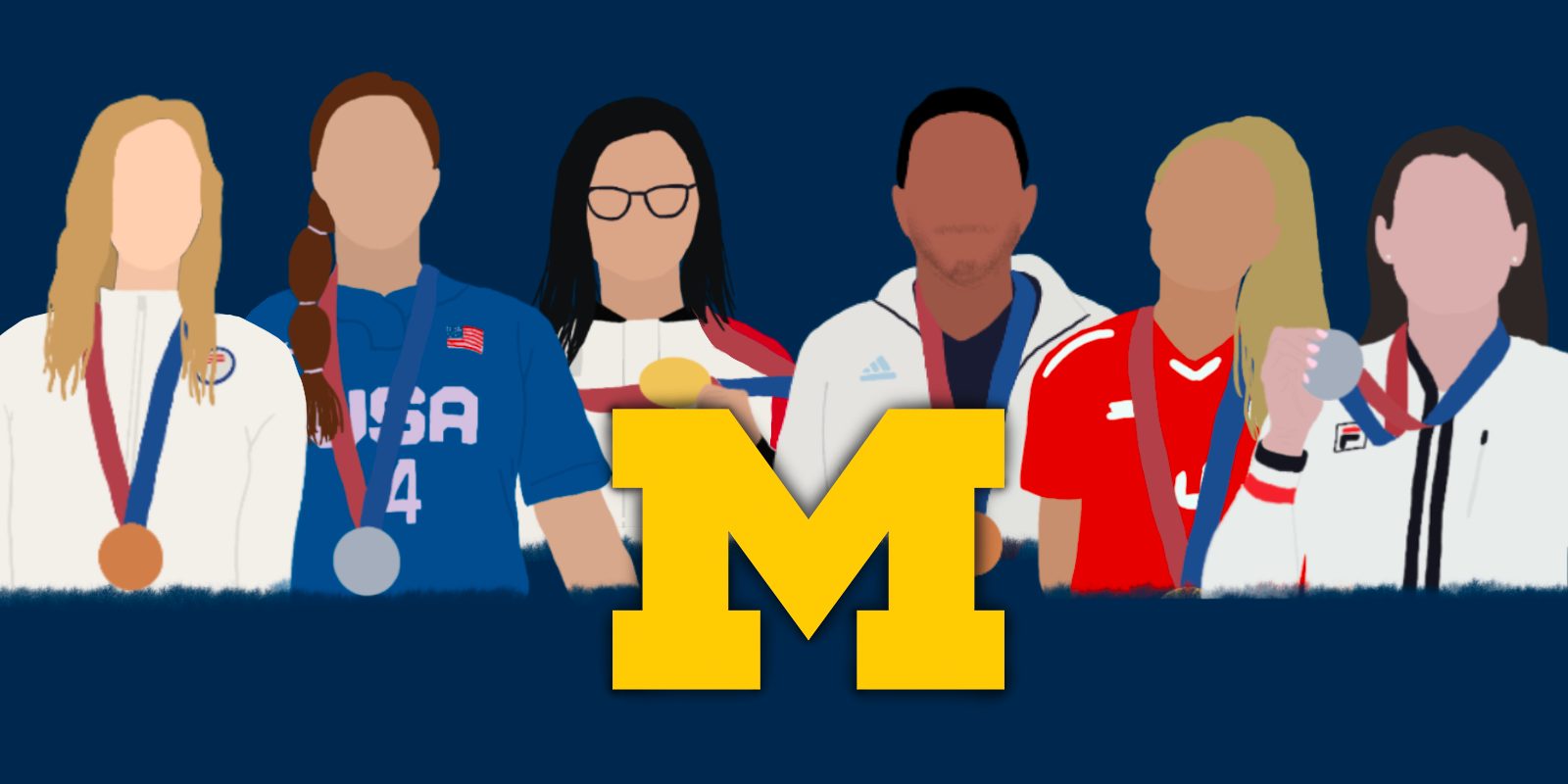 It’s no secret that sports scholarships can be crucial to athletic and academic success. Easing financial burdens allows budding competitors to pursue their passions, flourish, and focus on their dreams—even dreams of an Olympic medal.

This year, a crop of talented U-M alumni and student-athletes were thrust onto the international stage in Tokyo. After competing in a vast array of categories and representing four different countries, eight of the U-M Olympians took home medals.

But did you know that six of those medalists received donor-funded scholarships during their time at the university?

Get to know more about the six Olympians, and the support they received, below.

And read more about Michigan at the 2020 Tokyo Olympics here.

Defender Zadorsky helped propel the Canadian women’s soccer team to gold this year, and she also led Canada to bronze at the 2016 Olympics in Rio. Back in 2013, the soccer star kicked off her remaining time at U-M with the Lloyd H. Carr Scholarship. Lloyd Carr was famously head coach of Michigan Football from 1995–2007 and brought home five Big Ten Conference Championships. Established in 2007, his scholarship fund strengthens women’s athletic programs at the university and honors his commitment to inspiring success on and off the field.

Canadian swimmer MacNeil took home three medals at this year’s games: a gold in the 100m butterfly, a silver in the 4x100m freestyle relay, and a bronze in the 4x100m medley relay. This etched her name into history as the first U-M varsity swimmer, male or female, to earn three medals at one Olympics, and as the first U-M women’s swimmer to win gold in an individual event since 1964. She’s currently a senior in LSA, and in 2020 she received support from the Donald R. Shepherd Women’s Swimming Scholarship Fund, which was created to support a member of the women’s swimming team who demonstrates academic prowess, leadership, and dedication to her sport.

Haughey made history this year as the first swimmer from Hong Kong to compete in an Olympic final, and she won two silver medals to boot: one in the 100m freestyle and another in the 200m freestyle. During her time at U-M, she received support from the Richard G. & Virginia L. Martin Endowment Swimming Fund in 2017 and the Edward G. Dauw Memorial Scholarship for Men’s and Women’s Swimming & Diving in 2018, both established to bolster student swimmers. She was a highly decorated athlete at Michigan and has 15 Big Ten Champion titles under her belt.

Chidester hails from Allen Park, MI, and led Team USA’s softball team to silver victory in Tokyo. For three years at U-M, the seasoned catcher received the Petrovich Family Endowed Scholarship for Softball. It was created to aid student-athletes studying business or engineering who possess leadership skills paired with a “team-first attitude.” Before the Olympics, this support culminated in collegiate success for Chidester, who won Big Ten Player of the Year in 2012.

Grosse Pointe, MI, native DeLoof won bronze at her first ever Olympics this year, swimming in the 4x100m freestyle relay event. At Michigan, she was a recipient of a U of M Club–Greater Detroit Women’s Swimming Scholarship, which strives to help student-athletes with good character, motivation toward a degree, and strong athletic ability. The scholarship supported DeLoof’s robust collegiate career, during which she was a five-time Big Ten champion.

Amine scored a bronze medal in the 86kg freestyle event at this year’s Olympics while representing San Marino, and this victory made him the country’s first Olympic wrestler to medal. Amine’s success in the sport is no surprise; the Brighton, MI, native was an All-American athlete at U-M, and three scholarships aided his journey: the Don and Ann Pollard Family Athletics Scholarship Fund in 2016, the Snip Nalan Scholarship Fund in 2017, and the Peter M. Cornell Wrestling Scholarship Fund from 2018–2020. All three were established to support athletes with a strong work ethic, both academic and athletic. The Peter M. Cornell Scholarship is need-based and typically awarded to upperclassmen, while the Snip Nalan Scholarship honors the eponymous, national championship-winning wrestler.