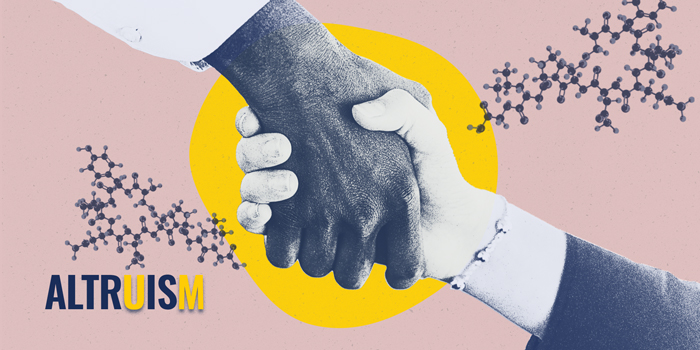 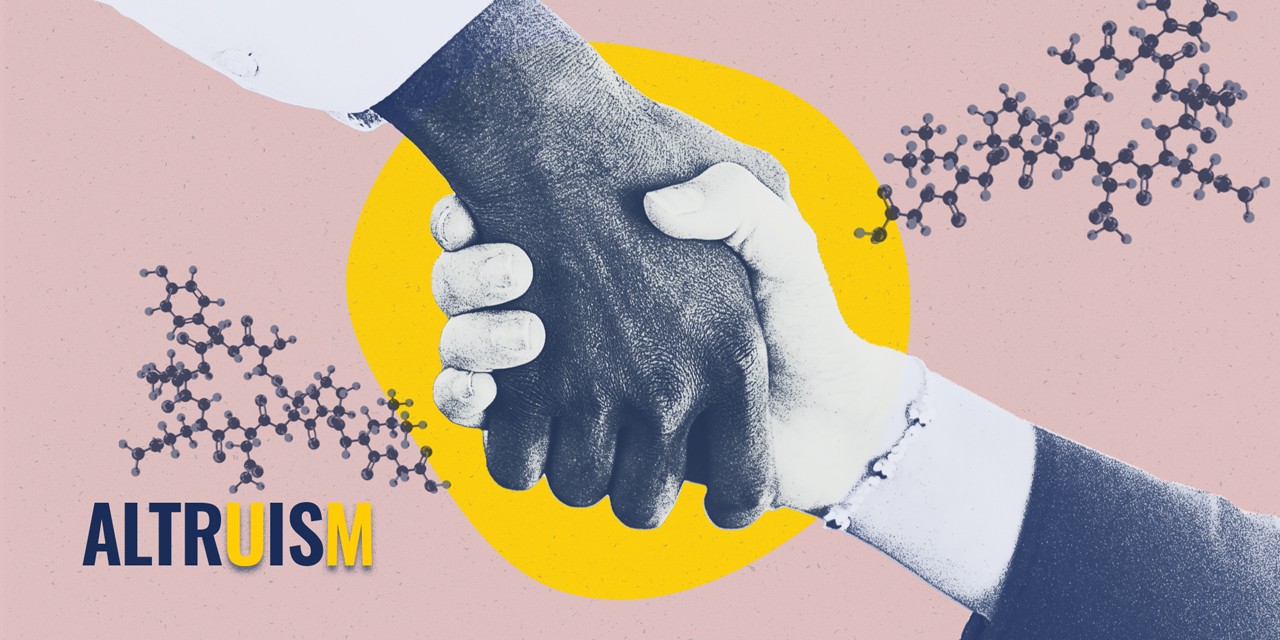 When it comes to philanthropy, a lot of thought can go into the process, from choosing the right cause to making the most of one’s time, skills, or dollars. But at the heart of those decisions—or, rather, hardwired into the circuitry of our brains—something more primitive is also going on according to Stephanie Preston, professor of psychology at the University of Michigan.

There, in our neurochemical makeup, is a drive to help others in distress—or an “altruistic urge”—as Preston calls it in her recent book of the same name. This instinct that’s been handed down through millions of years of evolution is what pushes us to help those in need, even enabling us to perform heroic acts in the face of danger.

While humans have evolved to take on more complex reasoning and rationalizing, Preston said this selfless reflex is something we actually have in common with many other species.

“The human brain isn’t just bigger, better, different,” she said. “It has evolved continuously with the same core features being carried forward over hundreds of millions of years. We keep tinkering with and adding to it, but we’re not actually altering the core mechanism very much over millennia.”

Through her research, Preston started noting how closely the brain activity behind basic caregiving in other animals resembles our own, especially when it comes to looking after young, vulnerable offspring. A prominent example in her book is how a mother rat responds to the distressed cries of one of its pups if it becomes separated from the litter by fetching it and bringing it back to safety. It’s not only the moms who respond: male rodents and non-related females react similarly after being socialized with pups.

Along with that “rescue” comes close physical contact and a sense of relief that releases dopamine and oxytocin into the system. In short, helping feels good, even to animals, and that good feeling makes one want to help more.

“In my research, I emphasize that there are these really powerful, ‘baked-in’ mechanisms that make us want to help others, particularly in situations that are like what we experienced early in evolution,” Preston said.

Those situations generally include ones where someone expresses a real need that we feel qualified to help meet. Preston said this makes us prone to help young people or those who have fewer resources to help themselves, especially if we feel confident that we know the solution and can enact it in time.

“In the case of philanthropic giving, a lot of times when people donate money to the university or a department or my research, even, they really want some of that money to go toward the students,” Preston said.

As for those warm feelings we get from helping others and doing good, Preston said they’re reinforced by the way we, as a community, celebrate those who volunteer their time or make charitable donations. What’s more, studies have shown that volunteering and helping others can improve people’s mental health and even prolong their lives.

But what about their motives? Preston said it really doesn’t matter. Even if someone volunteers their time primarily as a way to make new friends, for example, the fact that society values and celebrates volunteerism still encourages us to do good in the world, with the benefits extending well beyond ourselves.

“It’s part of a self-sustaining system where it’s considered valuable to be helpful,” Preston said. “We have this propensity to cherish and value helpful people.”

Although the roots of that empathy come from parental caretaking, Preston said it’s also evolutionarily adaptive for us to look out for those in our “bonded social group” who aren’t part of our immediate families, because it makes the group stronger.

As we enter the giving season—and the potential for burnout that comes with it—Preston has an opinion she thinks could be a little controversial: “I do not think empathy can burn out,” she said.

What can happen, though, is that people sometimes find themselves in recurring situations they can’t control, and that can make empathizing more difficult. To that end, she recommends focusing on what’s important and staying out of the exhausting “conflict zone” of wondering whether or not you could have done something more or differently. Instead, look for opportunities to be thoughtful that you can control, whether it’s volunteering at a soup kitchen, donating an item to a local giving tree, or supporting a cause that’s meaningful to you.

“Think about, ‘What do I care the most about, what do I think is important, and how can I plan in advance my volunteering and my charitable giving during this holiday season to do the most good where I think it matters?’” she said. “Research shows that you enjoy it more when you use the money or time you might have to give to others.”

Support what you love at U-M

A Conversation With College of Literature Science and the Arts Health and Wellness Public Good Science Student Support Volunteering
MORE: STORIES OF IMPACT