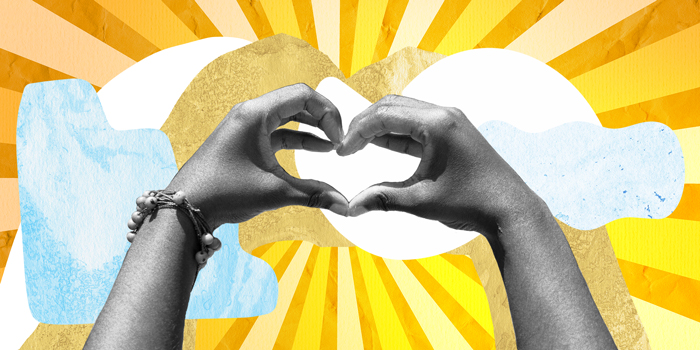 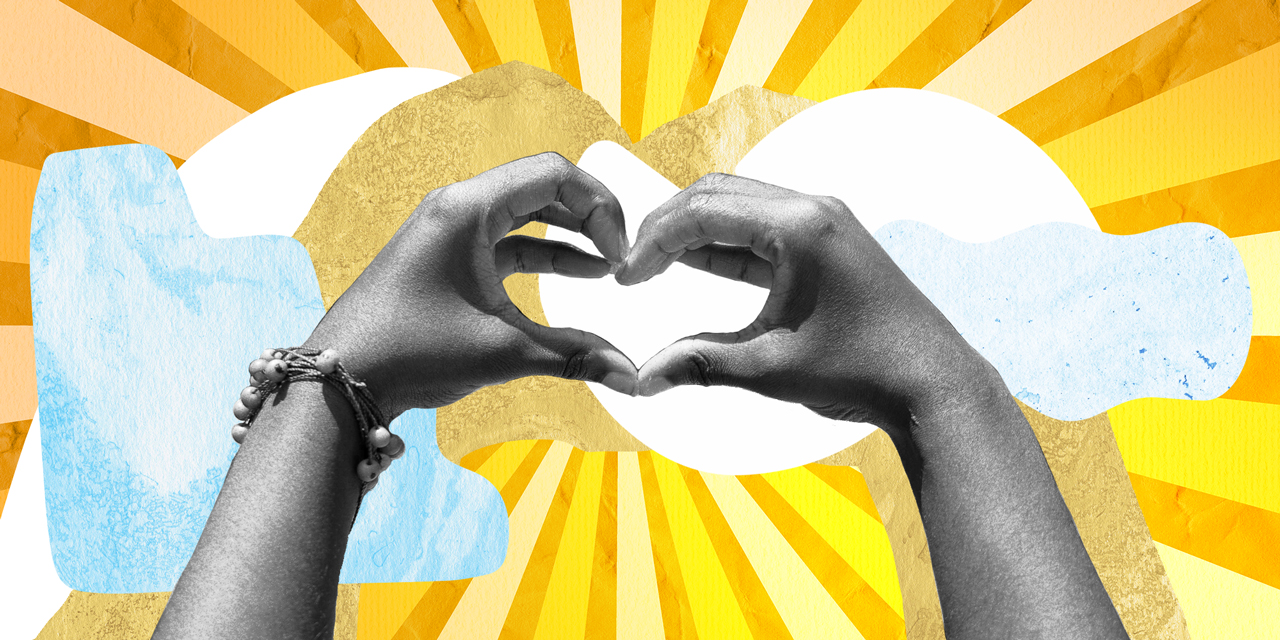 Celebrating the impact of Black philanthropy at U-M

After a long, grueling day, run ragged by her new job, Ypsilanti, Michigan, native Kayden Hawkins (LSA Class of 2026) didn’t foresee the exciting news awaiting in her inbox. But the woes of a weary day suddenly waned when Hawkins learned she was awarded the George Floyd Memorial Scholarship, making her dream of pursuing a Michigan education more attainable.

Established in 2020, the George Floyd Memorial Scholarship aims to expand U-M’s commitment to diversity, equity, and inclusion while funding support for students who have demonstrated a commitment to bettering their community through social justice.

This philanthropic spirit is observed every August during Black Philanthropy Month (BPM), a worldwide celebration of Black giving focused on supporting initiatives that seek to elevate the Black community. This year’s theme is “Fierce Urgency of Now: From Dream to Action,” which highlights ways to accelerate funding and racial equity in Black communities globally.

As Hawkins prepares to embark on her Michigan journey this fall as a neuroscience major, she credits the scholarship for not only alleviating the stress of paying for college, but for serving as a reminder that her impact on medically underserved communities isn’t going unnoticed.

“The George Floyd Memorial Scholarship allowed me to think more introspectively about myself,” she said. “I think that without applying for the scholarship or receiving it, I wouldn’t have as much knowledge of what it means to be an activist, or how the things I’ve done have been impactful.”

To understand the impact of Black philanthropy at Michigan is to recognize that giving has always been part of Black culture. In fact, a report by the W.K. Kellogg Foundation and Rockefeller Philanthropy Advisors showed that nearly two-thirds of Black households donate to organizations and causes, amounting to $11 billion each year. The same report showed that Black households give 25 percent more of their income per year than white households.

“I think it’s a very common myth that Black people don’t give; it is simply not true,” said Whitney Tarver, associate director of development, southern states for Michigan Athletics. “It is embedded in our culture, whether you give money, time, space, a home, a bed—whatever you have, you give. That’s what we were taught.”

For Brandi Hudson (AB ’01), ensuring that Black philanthropists have a seat at the table to hone in on the issues that matter most to them is vital.

“If philanthropy is led by a group of individuals who may not have touchpoints or experiences with the communities that they’re looking to shift and change, then perhaps we won’t have the absolute best strategy about how we can best uplift those communities,” she said.

In 2020, Hudson founded The Raise: Generations of Black Excellence, and currently serves as its chair. The organization’s mission is to advocate for Black students, staff, and faculty at U-M; diversify the student body on campus; increase representation on boards across campus; and increase Black engagement. (The Raise, like all U-M committees, is open to all who support its mission, and the initiatives it supports are likewise open to all, regardless of race or ethnicity.)

To Hudson, The Raise is the future of Black philanthropy at Michigan, and she hopes to see it grow and evolve over time.

“I am committed to ensuring we allow more voices as we drive toward our mission and vision, and serve as a partner to the university around these critical issues,” Hudson said. “Currently, we have about 20 members on the founding executive council. My goal is to coalesce all Black donors as members of The Raise, whether they give one dollar or a seven-figure gift to the university.”

As one of its donors, Paul F. Roye (JD ’79) sees The Raise as an opportunity for Black alums to make a difference at Michigan.

“One of the things we want to do is publicize the areas where their donations can have real impact so they can see the value of their donations, be it supporting scholarships for underrepresented students, or donating to specific programs where their contributions can benefit the Black community,” Roye said.

Likewise, U-M’s Diversity, Equity, and Inclusion (DEI) Task Force focuses on broadening the outreach and engagement of donors of color, according to Jason Gilmore, regional director of advancement at the College of Engineering.

“It’s crucial that we’re making a concerted effort to reach more donors of color, specifically Black donors, because their time, talent, and treasures are uniquely valuable to the U-M community,” Gilmore said. “We must amplify their voices and hear their perspectives to ensure the best plan is being implemented going forward.”

Although U-M remains steadfast in its work toward change, there’s still a ways to go. Tarver dreams of one day walking into a donor event to see more than just a handful of folks who look like her. She also stresses the importance of providing a safe space for alumni to share their experiences at Michigan.

“If we’re speaking to Black alums who were here in the ’60s, ’70s, ’80s, and really at any point, their experience wasn’t perfect,” Tarver said. “There’s a need to allow for some healing to happen, and to allow those alums to see that there is change taking place on campus actively.”

But Gilmore recognizes that undergoing change of this magnitude comes with its own set of challenges.

“If you’re talking about changing your perspective, shifting paradigms, and redefining your strategy, you have to be willing to get uncomfortable,” Gilmore said.

Looking back at her 18-year-old self and reveling in the life she has now, Hudson is reminded of the impact her contributions will have on future generations of Black students at Michigan. A firm believer in the old adage, “Lift as we climb,” she said helping others achieve their goals is her life purpose.

“The ability to attend top-tier institutions can significantly change the trajectory of someone’s life, and to the extent that I can be part of that impact, I would like to,” Hudson said.

For Roye, a need to give back was ingrained from a young age. Raised in a blue-collar family in Kentucky, community service was the norm, whether it was giving to the church or volunteering at food banks.

“My parents always focused on helping other people, and that obviously rubbed off on me,” Roye said.

In retrospect, Roye said attending Michigan Law would’ve been difficult without receiving scholarships and loans from the university. It’s why he decided to pay it forward—even after paying off his student loans—donating to the Michigan Law School and the Ross School of Business, where his son is a proud alumnus. Eventually, the Roye Family Scholarship was established through he Alumni Association of the University of Michigan. 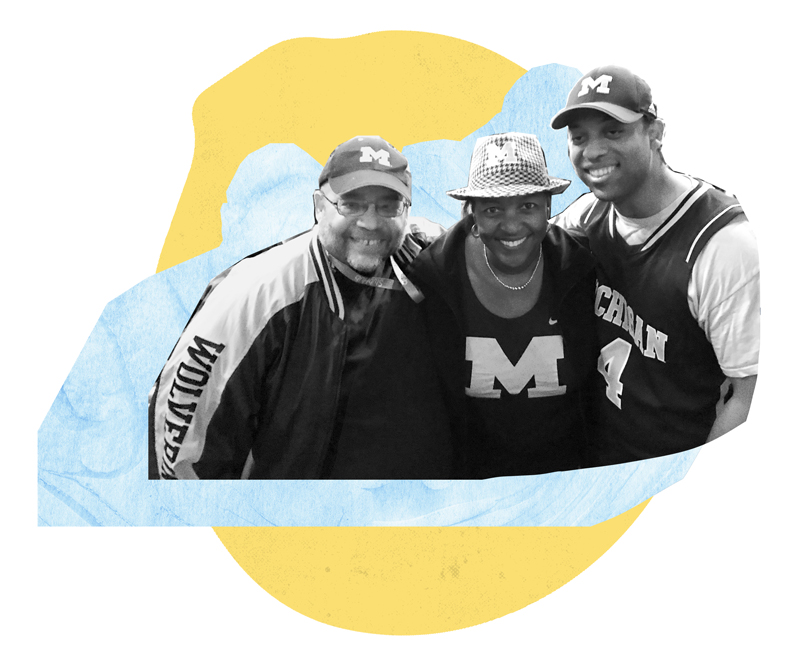 As Hawkins takes in her first year at Michigan, she already has her sights set on attending medical school to become a neurosurgeon. It’s all part of her plan to change the world—not an uncommon occurrence after leaving U-M.

Now, though, she’s focused on making the most of the next four years.

“I know the education I’m going to get at U-M is unparalleled to anything else I could get, so I just plan to use my resources to the fullest capacity, because I want to be successful, and I want others to be successful as well.” 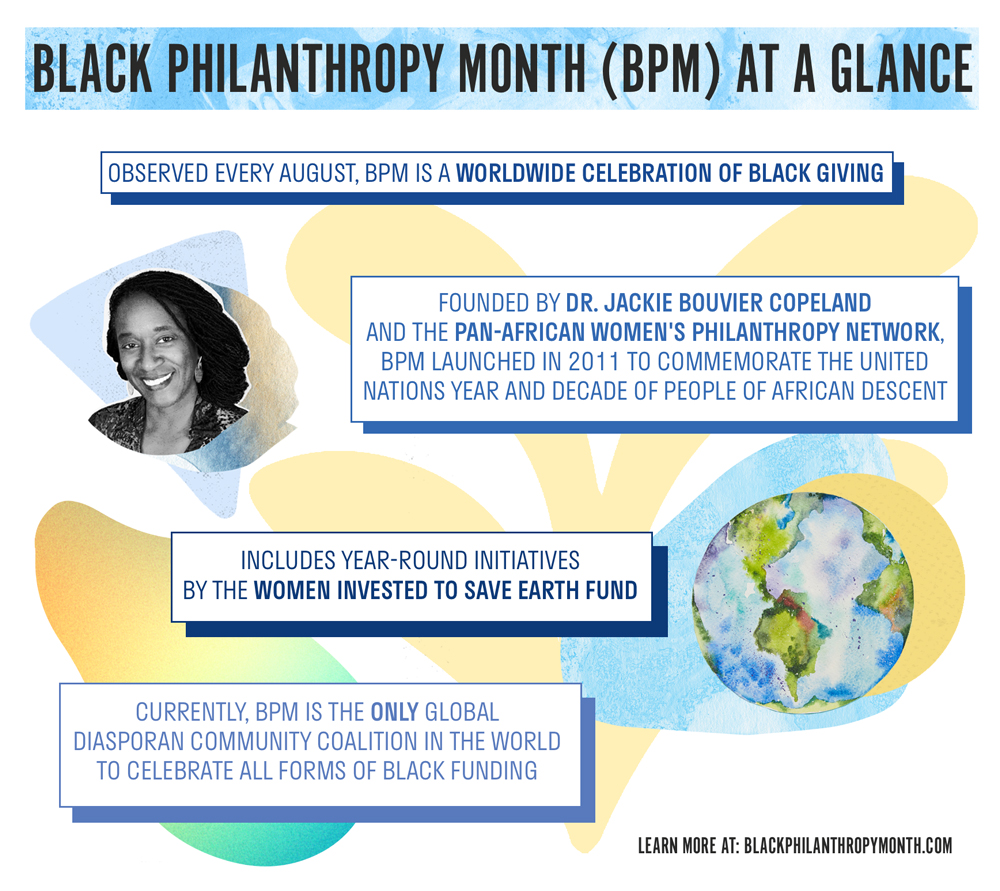