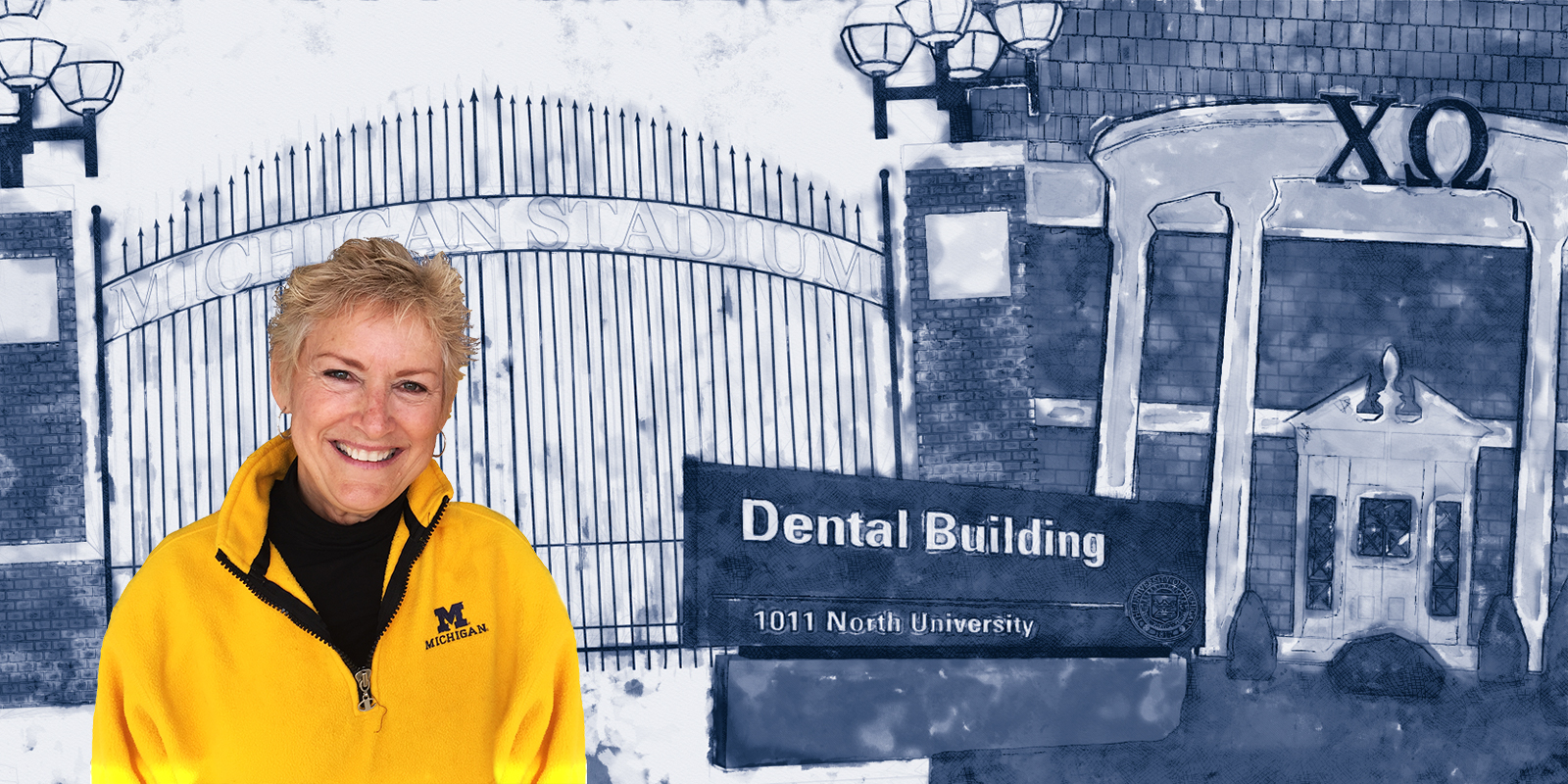 Although Jane Plasman’s extensive corporate career took her from New York to Australia to Switzerland, U-M has always been near to her heart and supporting students has been an important cause. She recently made noteworthy gifts to the LEAD Scholarship program, the Armenian Studies program, and the School of Dentistry.

“I’ve always had a fondness in my heart for Michigan and it gives me great joy to be able to do what I’m doing now with the scholarships and programs I’ve set up,” she said.

The retired human resources executive has been an annual fund donor for four decades, giving to her ability as she moved up her career. After receiving her B.A. in 1973 in speech pathology and audiology, she went on to earn an M.A. at Western Michigan University and began working as a speech therapist.

“When I first graduated and started working, I wasn’t making a lot of money, I did what I could, because I just wanted to say thank you,” she said. “I come from a family that believes in philanthropy and I wanted to give back.”

It wasn’t about the dollar amount according to Plasman, it’s about the commitment. “I think commitment is long-term, not short term,” she said. “I would say to people do not feel bad about giving a ‘a little bit.’ Give what you can and feel very good about it because I believe no matter what you give or where you give it, it’s appreciated and it’s needed.”

Putting her affairs in order after the recent passing of her husband, Plasman had a realization. “I have more than I want to spend, or can spend, or gift to family, so what other causes can I support in a significant way? What else can I do?” she asked herself.

A generous donor to a number of organizations, Plasman reflected on her time at U-M, and her family connection, especially her father’s, when thinking about her philanthropy. Gil Plasman graduated from U-M Dental School in 1940. He went back home to Grand Rapids to practice, but always said that his time at U-M changed his life.

“He credits his University of Michigan education with enabling him to lead the life he did and with his successful career,”  she said.

She also reflected on her personal goal of supporting women, underrepresented people and people of color. The Gilbert J. Plasman DDS Endowed Scholarship fund and the Lee Jones Endowment for Dentistry Diversity Programs will help deserving students from diverse backgrounds to pursue a dentistry career through a U-M education.

“It’s gratifying to me to be able to give to a program that will have an impact on young people who may have said ‘I think I want to be a dentist. I don’t know much about it, or I don’t even know how to go about finding out more about it or how would I ever get into the University of Michigan?,’” she said. “I think it will have a positive impact on the dental profession. And I think my father would be very happy about that.”

Plasman’s commitment to principles of diversity, equity, and inclusion is an extension of her many years working in corporate training and human resources. “There were not too many women in high places, and generally not people of color,” she said. “Over the years, things have gotten better and better, but it’s still not where it should be.” She’s hoping her philanthropy can help change that. “I think schools, universities, neighborhoods, businesses should be more representative of this mosaic we call the United States. To the extent that I can help, I’m happy to do so.”

This dedication is also reflected in her support of the LEAD Scholarship program, where she created an endowed scholarship and endowed program fund and joined the Alumni Association LEAD Advisory Council. The Jane E. Plasman LEAD Scholarship Endowed Fund will support accepted students who embody leadership, excellence, achievement, and diversity, helping the best and brightest make their way to Michigan.

Plasman was also interested in honoring her late husband of 35 years, a graduate of Yale University and Columbia University and prominent figure in the public health arena, who was of Armenian descent.

“At first I thought, how could I do this at the University of Michigan, he didn’t even go there. But, then I learned that U-M has one of the largest Armenian studies programs in the U.S. and is pretty unique in its own way,” she said.

“He and I visited Armenia together,” Jane said. “I think he would be very pleased with this.”

Plasman said she credits U-M with “teaching me a lot about life.” And though her career diverged from her original college major, she feels her academic and campus experiences taught her about working with people and team leadership and communication, among other things, which enabled her to advance through her profession.

“I credit that kind of focus, discipline, fun, and everything I experienced at U-M for shaping the person I became and am today. And I wanted to give back,” she said.