Have you ever wondered why giving feels so good? We explored the science of philanthropy with U-M alumna Sara Konrath (MS ’06, PhD ’07). As it happens, giving may feel good because it’s actually good for you.

If somebody you know likes to say that money can’t buy happiness, feel free to tell them they’re wrong. No, really, this one’s on us.

Research suggests it can, especially if we’re spending it the right way (and maybe even more importantly, for the right reasons). Using money for the benefit of others is called prosocial spending, and it really can make you happier. Not only that, when paired with activities like volunteering and practicing a more empathetic mindset, it can buy you better health and more time here on earth.

A number of studies find positive correlations between prosocial behaviors and well-being. Whether you’re offering your time, talents, or treasure to somebody in need, studies show that you’re likely reaping a myriad of unexpected benefits.

Sara Konrath (MS ’06, PhD ’07) is an affiliate professor at U-M’s Institute of Social Research and an associate professor of philanthropic studies at the University of Indiana’s Lilly Family School of Philanthropy. Konrath has led research into volunteerism, prosocial spending behaviors, and their ensuing effects on givers’ well-being. Her research—and hundreds of other supporting studies—suggest that living life more altruistically has a number of positive perks.

“I started researching this at U-M. I’d done some graduate work on narcissists, thinking about the implications of narcissism on views of the self and of the world—but it made me wonder about the flip side,” she says. “Is there something interesting there about empathetic people and how they experience the world?”

Konrath had been volunteering since she was young, so she already knew how good it feels to give. But at U-M, she was interested to learn of the potential health benefits of giving, volunteerism, and empathy. That’s how she and her colleagues began studying the physiological implications of prosocial behaviors. “We looked at changes in oxytocin and stress hormones like cortisol to try and see what changes occurred in the moment that people help others,” she says. “That’s when I really got curious.”

As it turns out, her postgraduate work at the Institute for Social Research and decades of corroborating research illustrate a simple truth: it feels good to give because giving really is good for you. 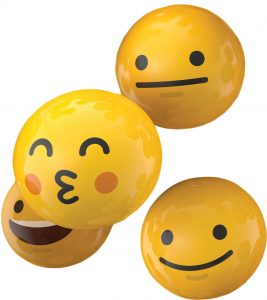 An abundance of research suggests that volunteering, donating to others, and practicing empathy all have positive effects on the mind. A nine-year-long study tracking over 900 adults found that the more money subjects donated at the beginning of the study, the higher their psychological well-being was nine years later. Those effects persist “even when controlling for baseline well-being, physical health, income, education, religiosity, and general social integration,” the study says.

Another study asked participants to merely recall a time that they had given money to others and a time that they had spent money on themselves. Those who recalled a time when they spent on others were significantly happier—regardless of the amount spent.So we know that prosocial behavior has profound effects on the mind, but what about the body? Could it help boost your immune system, or even extend your life?

“We’ve looked at a few different things at this point. We’ve looked at hormones and brain activity; we’ve tracked health and well-being,” Konrath says. “The most definitive study I’ve participated in tracked older adults volunteering over time, and in that study, we didn’t actually track general well-being. We looked at their risk of mortality.”

According to Konrath, that’s when things really got interesting. As it turns out, older adults who volunteered more frequently actually lived longer. But even more surprising is this: Those who reported volunteering for altruistic reasons reaped the greatest rewards. 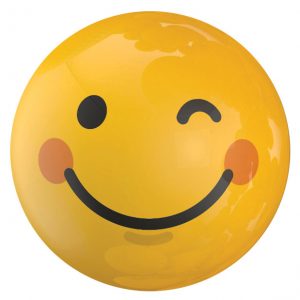 “There’s a lot of variation when we ask people why they volunteer. Some people do it because they want to help, others do it because they want to get out and meet people or just because it makes them feel good,” Konrath says. “We’re able to tease apart those various motivations, and we found that it was the people who are volunteering because they really care who have a lower risk of dying early.”Some of the benefits associated with prosocial behavior have to do with cortisol (the “stress hormone”) and its effects on the body.

One study tracked giving behaviors in adults, finding that giving money to others instead of keeping it for themselves led to lower cortisol responses, likely as a consequence of reduced feelings of shame. According to Konrath and her peers, giving of ourselves literally gets under our skin, with striking implications for our long-term health.

Research into prosocial behaviors expands every year, and exciting new findings are constantly coming to light. We have a lot left to learn. But the early research has shown us that giving not only feels good in the moment, but that it’s good for us in the long run, too.

“I’m passionate about this because we get to study something that can actually make a difference in people’s lives,” Konrath says.

“We’re able to help people understand how they can live a good life—not just by helping themselves, but by helping others. That’s a powerful thing.”

TRUST
The survey found that individuals are more likely to donate to organizations they trust. Donors not only trust the organizations to act with integrity, but to take their donation and use it to make a positive difference in the world.
ALTRUISM
Many donors reported giving because they simply felt compelled to help others in need. Konraths and Handy’s work reinforced earlier findings by other scholars, who found the most important reason for volunteering is just that: an altruistic concern for others.
SOCIAL
Other donors say they give because they know their donations matter to someone close to them. As an example, Konrath and Handy cite donors who donate to medical research because they know someone with a serious disease. Social giving is the foundation for modern fundraising events.
TAXES
Hey, money talks. Tax breaks are a phenomenal incentive for many donors. Have you claimed your most recent gift?
EGOISM
Some donors alluded to giving because there are tangible benefits, like feeling good or maybe looking good to others. And who could argue? Generosity really does look good on you.
FINANCIAL CONSTRAINTS
Other donors alluded to one reason they may choose not to give: They simply feel they can’t afford it. But Konrath notes that every little gift counts. “And if you can’t give money,” she says, “then give your time.”