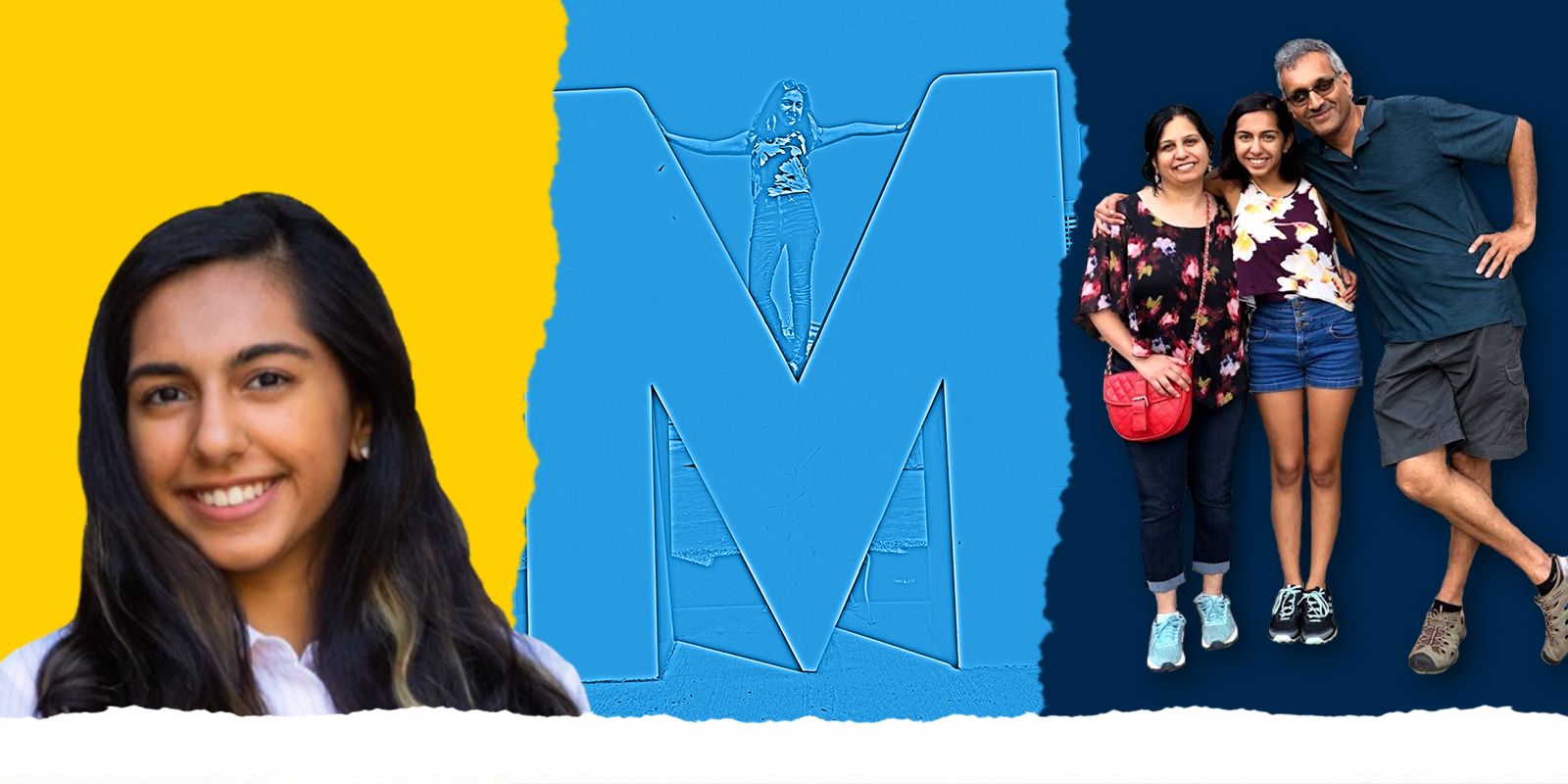 Both her brother and father attended Michigan State University, but Ishita Shukla (LSA Class of 2023) always had her sights set on becoming a wolverine. When it came time to apply to colleges, Michigan was at the top of her list, and she’ll never forget receiving her acceptance letter.

“I got the email while I was still in school, and I was too nervous to open it,” Ishita said. “I went home and told my family the decision had arrived, and we all huddled around my laptop and opened it together. I was so relieved when I found out I got in. It was such an amazing feeling.”

But that was just the beginning of the good news. It wasn’t long before Ishita received the word that she had been selected as a recipient of the Vieta Voght Woodlock Alumnae Scholarship—merit and need-based scholarships for women with a preference for those majoring in language, literature, and arts.

“A friend of mine encouraged me to apply for an Alumnae Council scholarship, and I decided to explore the possibilities,” Ishita said. “When I found out I got it, I was so happy. My parents were the first people I told, and it really took the pressure off to know that I could focus on exploring my passions and interests without worrying about the costs of school.”

Arriving at Michigan as a pre-med student, Ishita was able to fully immerse herself on campus thanks to scholarship support. At the beginning of 2020, she and a team of 10 other students founded the Lunar Doula Collective (LDC), an Ann Arbor-based nonprofit organization that provides volunteer doula support to people experiencing miscarriage, stillbirth, and abortion. Their work focuses on training doulas to support patients before, during, and after procedures associated with pregnancy loss and abortion in clinics and hospitals throughout southeast Michigan. At Michigan, she also co-founded a reciprocal student organization called the Lunar Doula Support Network (LDSN).

Ishita said scholarship support has helped her focus on this work.

“I think the scholarship helps with this sort of work because the Lunar Doula Collective’s mission is to provide support free of charge, meaning the work we do is unpaid,” Ishita said. “Having financial support allows me to fully participate in creating materials and performing training exercises without having to worry about getting paid for the work.”

When she’s not busy serving as the president of LDSN, Ishita stays involved with organizations like the Michigan Health Aid. And freshman year, she had the opportunity to travel to Memphis, Tennessee with M-HEAL—an experience she calls one of her favorites so far at Michigan.

During her time in Tennessee, her Michigan education moved beyond the classroom. In addition to visiting the National Civil Rights Museum, she had the chance to volunteer with St. Jude Children’s Research Hospital where she spent time cooking for families and connecting with patients.

Sophomore year, she served as a marketing and communications intern at a company called BIOMILQ, which creates human milk outside of the body for people that may not be able to produce milk naturally.

These experiences, all made possible thanks to donor support, inspired Ishita to pursue a career as an OBGYN.

“I want to pursue a master’s degree in public health and then get an M.D. one day,” Ishita said. “That feeling of being able to lessen someone’s pain and help others is the most beautiful feeling in the world, and I really hope to be able to experience that every day in my professional career.”