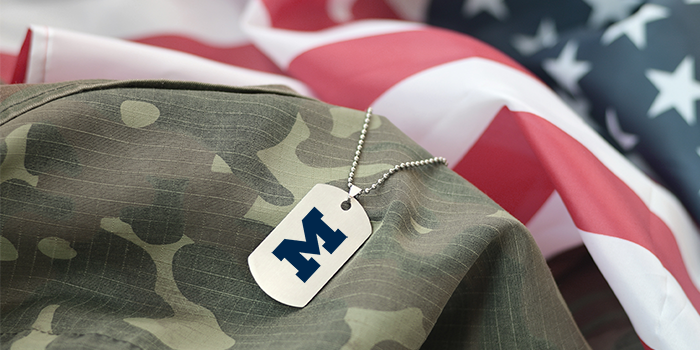 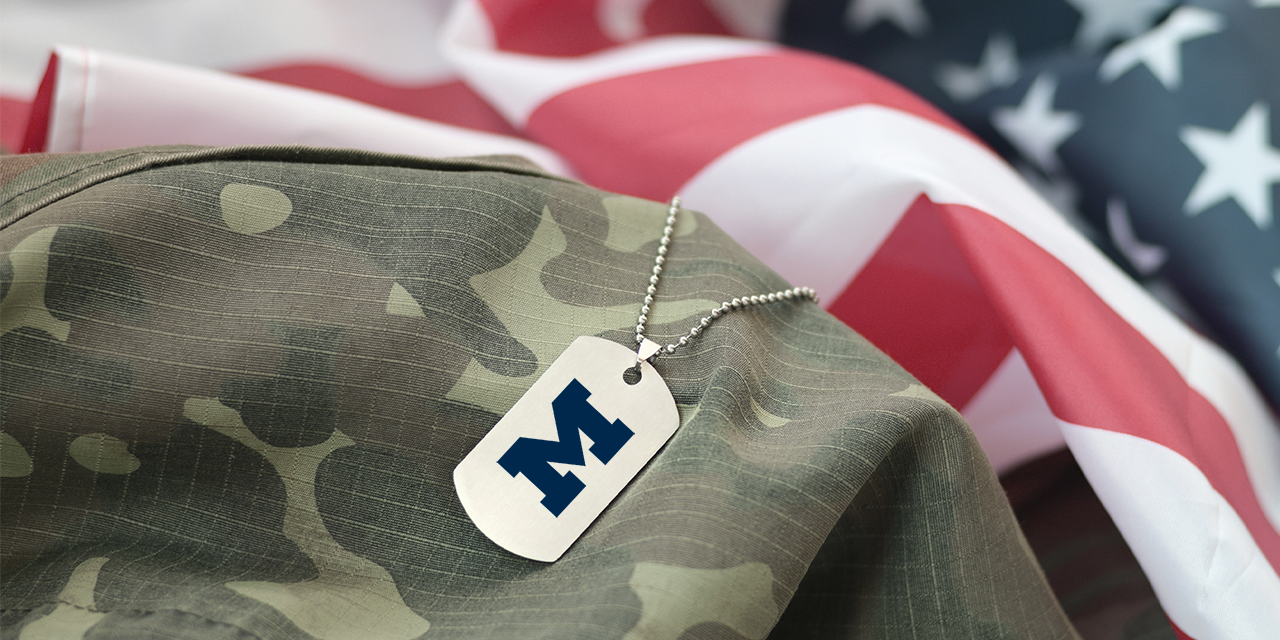 This article contains brief mentions of death which may be distressing.

Sitting on the cold, wet ground before sunrise, fingers numb and on the verge of frostbite, Arjan Goenaga Castillo (LSA Class of 2023) remembers being so miserable that he doubted his life choices. Born in Colombia and raised in Florida, Castillo hates the cold. But there he was, pulling guard duty for his Army unit, keeping watch in below-freezing temperatures while stationed halfway around the world in South Korea, wondering, “Why am I doing this?”

From where he sits today on campus in Ann Arbor, Castillo talks gratefully about his military experience and the way it prepared him for life at Michigan following his four years of service. It was a big change, but one made easier to navigate thanks to U-M’s Veteran & Military Services Program. Even before applying, he had several phone calls with Program Director Phil Larson, asking him about everything from financial aid options to housing to where to park on campus.

“Because I’m not from Michigan, I was kind of lost on what to do,” he said.

Launched in 2008 to help meet the specific needs of the university’s veteran and active duty students, as well as dependents of veteran and military service members, Larson says the program—with the help of philanthropic support—has also helped change the culture at U-M when it comes to recognizing and celebrating them.

For alumni who recall an anti-military atmosphere during and after the Vietnam war, Larson says this is a very different campus—one that appreciates its service members, even while holding politicians and policy makers accountable for their choices. The university has long been considered a welcoming, inclusive place for veterans and military service members by several national publications and the State of Michigan.

That reputation has been important to donors like Robert Klyman (BA ’86, JD ’89). The Los Angeles-based lawyer and his firm first got involved with supporting veterans with charitable gifts and pro bono legal work during the first Gulf War in the early ‘90s. A proud Michigan alum, Klyman eventually started looking for ways to support veterans programs at U-M. He discovered Veteran & Military Services, and he and his wife started giving to its emergency fund to help students facing short-term cash crises. Over time, the Klymans made more gifts, which eventually helped establish the program’s endowment fund.

“I saw the impact that relatively small donations made to the lives of people who had given so much for the country, and I just thought it wasn’t right that someone who had served our country came back to face hardship while trying to pursue a Michigan education, so I became more and more drawn to the veterans program and wanted to support it,” Klyman said.

The program offers peer mentoring, emergency financial assistance, social events, academic workshops, and a handful of need-based scholarships, much of which is made possible through an endowment established by charitable gifts. Each November, they host an entire week of programming celebrating veterans.

“From our ROTC to our faculty and staff to a good number of students, this is a good place for them, and we try to make it that way,” Larson said. “I think that culture shift has been huge, and it’s one of the things I’m most proud of.”

Castillo joined the Army at 17, because he didn’t feel ready yet for college or a career. After training as a Chemical, Biological, Radiological, and Nuclear Specialist (CBRN)—also known as “the first line of defense against weapons of mass destruction”—he ran through emergency response drills in harsh conditions in the Pacific Northwest, California desert, and South Korea, sometimes going a month without a shower or proper bed and days without hot food.

“I felt like the people who had served in the military and were coming home and struggling deserve our support. The Michigan community has an obligation to support those veterans who are going to Michigan and to help them become proud Michigan graduates.” – Robert Klyman (BA ’86, JD ’89)

After his four years were up, Castillo applied and was accepted to Michigan, where he’s working toward a degree in neuroscience. When he’s not studying, he works with Veteran & Military Services as a peer mentor, fielding questions from and advising new military students. Sometimes he participates in board game nights with free food as a way to destress.

For Leah Kim (LSA Class of 2022), receiving the Veterans Scholarship helped her continue to pay her school expenses after the COVID-19 pandemic took away her part-time job and work-study opportunity. Kim came to Michigan after serving in the Air Force to study biology before making the switch to computer science. She credits her scholarship with keeping her going during “a big, stressful moment.”

“I really am thankful to the donors who supported me to come one step closer to graduating,” Kim said. “With the Veterans Scholarship, I was supported with not only funding, but it saved me a lot of hours, which I was able to spend studying and working on projects, while still keeping a healthy sleep schedule.”

To honor all students who have served, two memorials are in the initial planning stages to be established in the next couple of years. The first would have a bigger footprint on North Campus and honor current veteran and military students, including ROTC members, as well as those who have been killed in combat. The second would be a smaller marker beneath the flagpole on central campus dedicated to students who have fallen in battle.

“It always touches my heart strings to know we have had a whole lot of people right here on campus who went off and joined the military and paid the ultimate price,” Larson said. “It’s easy to think of them as heroic out on the battlefield, but at one point, they were just students here, going to class, hoping to find a date. Recognizing their sacrifice and their time here on campus is important.”

For Klyman, the difference a gift can make hit home when a new employee at his firm in L.A. shared how U-M’s Veteran & Military Services had helped him get there. A veteran who eventually studied law at Michigan, he had benefited from the emergency fund Klyman helped support.

“It was really an unexpectedly emotional moment for me when we realized that,” Klyman said. “He said the $500 he got from the emergency fund really made a difference at a critical time.”

It’s the sacrifice of students like Castillo, Kim, and all those Larson hopes to honor with the planned memorials that has inspired Klyman and his wife to give.

“I felt like the people who had served in the military and were coming home and struggling deserve our support,” Klyman said. “The Michigan community has an obligation to support those veterans who are going to Michigan and to help them become proud Michigan graduates.” 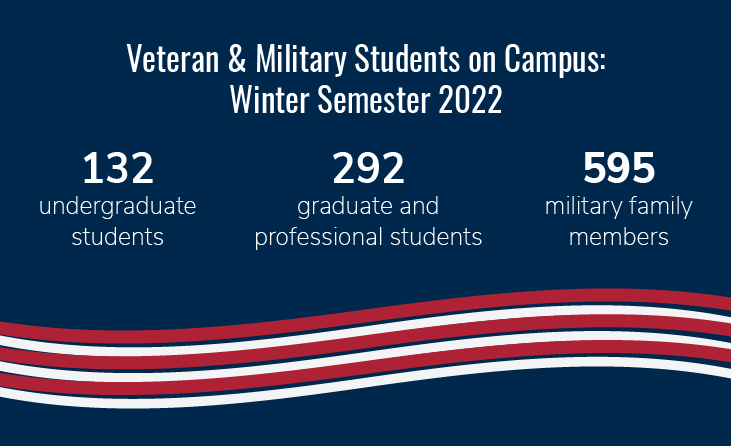